What is considered to be suitable internet speed?

Consider all the Devices and Users

When you are planning to sign up for a new internet plan, speeds become the most important determinant factor. But how do you know which speeds are suitable for your needs? A suitable speed is one that can help you browse the web, stream videos, and download files easily, all at the same time. An internet plan with enough speed and bandwidth for you should be glitch-free even when multiple users are connected to it.

You also need to understand all the terms and conditions that apply to the plan so that the advertised plans make sense to you. Is 10 Mbps of download speed enough for a household with multiple users? Is 1000 Mbps too much? We have tried to answer some of the questions you may have, in the following article.

What Is Considered a Suitable Internet Speed?

The Federal Communications Commission (FCC) has recently defined the speeds that can be defined as broadband connections. According to them, the download speeds should be at least 25 Mbps and the upload speeds should be 3 Mbps to qualify as “broadband internet”. With these speeds, a single-person household could easily perform most of the online activities one needs. You could stream shows and movies, play games, download files at a reasonable pace, and browse the web.

However, these speeds are not enough for when multiple users are concerned. Average speeds in the US have been observed to be somewhere around 120 Mbps, which is significantly higher than the 25 Mbps speeds defined by the FCC.

Keeping in mind the defined speeds,

We can tell which speeds are considered slow and which are fast. Any internet plan that offers speeds below 25 Mbps is too slow to be named broadband. In the same way, speeds higher than 25 Mbps would be considered faster connections. However, this is not to say that 25 Mbps of download speed or less is slow for your usage as well. You might find 25 Mbps more than enough for your usage.

More specifically, internet download speeds higher than 200 Mbps are considered high-speed connections. With these speeds, your network will be able to handle multiple devices and handle various activities without any interruptions.

Upload speeds are usually a lot lesser than download speeds because most users don’t need them. But that doesn’t mean they’re unimportant. Upload speeds are necessary to conduct video conferences, play games, and upload content to your social media profiles.

Remember that there are several reasons why your speeds could be affected. If you have several devices connected to your internet connection, you may find that your speed is affected. If there’s a lot of load on the network, it may hinder the performance of the network.

Choosing the most suitable internet speed for your household can be tricky. You need to consider all the ways you use the internet, then all the members who will use their devices and so much more. You can add up the speeds for each activity and then choose a plan that offers those speeds. But more factors have to be included.

You should opt for double the number of speeds than the ones you need. When a provider advertises their plan, they are advertising the speeds that are available through wired connections. However, most users will use the internet over Wi-Fi and that is when you will get a speed lesser than what is originally promised.  Signing up for a plan that offers you speeds more than what you need will help you avoid any issues.

Consider All the Devices and Users

When you are signing up for a plan you will need to account for all the Wi-Fi-enabled devices. Most households have smart TVs, laptops, mobile phones, and a variety of smart home appliances. When these devices are connected to the internet at the same time, they are all using up the bandwidth at the same time. In this case, some of your devices may be running at slower speeds which can alter your performance.

A good rule of thumb is that you should allot 20 Mbps for each device that will be connected to a network at the same time. So, if you have three users in the house, each with a smartphone, one smart TV to stream shows on, and a gaming console, you should be able to sign up for a 100 Mbps plan.

Mediacom internet is available for households with three different speeds and prices. You can enjoy speeds ranging between 200 Mbps and 1000 Mbps. These plans also come with data allowances that you need to ensure are sufficient for your use. You can also check out Mediacom Cable and sign up for TV channels to catch your favorite shows. 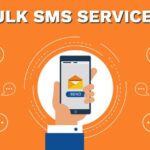 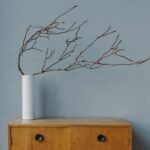