If you think making someone feel ashamed of his or her body weight will drive him or her into doing something about it then you are Fat Shaming mistaken. Most experts believe that “fat-shaming” makes people shy away from reality. It does not encourage obese or overweight people to start thinking of shedding the extra pounds. Researchers have established that doing so could make them gain more weight instead.

A study published in the Obesity Journal saw about 3000 adult Britons monitored for a period of over four years. The findings showed that 5% of those who were subjected to weight discrimination put on 0.95kg on average during the time while those who got normal treatment shed off 0.71kg on average.

Researchers attached to the University College London (UCL) indicated that the outcome of the study was a contradiction to the perception that “fat-shaming” encourages people to alter their lifestyles. They further claimed that weight discrimination might trigger people to “comfort eat” and put on more weight in the process. As such, Dr. Sarah Jackson from University College London is up in arms on the issue of weight discrimination.

Earlier findings showed that people who were subjected to discrimination took comfort in eating. Increased appetite has been found to occur to most people trying to counter their stress as a result of being discriminated against for their weight. It makes them avoid mindful eating as they only crave rather unhealthy and energy-laden foods.

More so, most overweight or obese people tend to be less confident when participating in any physical fitness activity. Some may even decide to keep away.

On her part, professor and director of the Cancer Research UK Health Behavior Center at UCL, Jane Wardle blames the obesity menace on weight discrimination. She adds that “fat-shaming” is not only common among the general public but health practitioners as well.

There are numerous reports that show that obese victims are subjected to insolent treatment by health providers. She appeals to everybody, doctors inclusive, to shun the habit of “fat-shaming” people and instead, provide support and treatment where possible.

For quite a long time, men and women have been subjected to ridicule for being overweight. It was assumed that berating, teasing or laughing at obese individuals was one way of motivating them to shed do something about their weight. However, according to the new research, the myth has never worked. “Fat shaming” has been branded as counterproductive.

It allows people to binge out of depression and frustration. In short, weight discrimination causes unnecessary negativity to accumulate inside a person suffering from obesity making him or her want to overeat as a way of compensation.

How Does Fat Shaming Happen?

Well, when overweight people are subjected to harassment either at home or place of work, it sums up to “fat shaming”. Most of these people are handled with a lot of disrespect and in some cases, they receive very poor services. They are mostly regarded as foolish for having put on too much weight that has rendered them unhealthy.

“If you think that is not enough to make someone feel the pain, it becomes even worse when this group of people finds no solace from doctors or health providers,” laments Professor Jane Wardle.

According to studies, reinforcing positivity concerning healthy lifestyles and participation in weight loss regimes is critically important and the only way that could enable them strive to attain a healthy bodyweight.

Obesity is a major health concern globally. It can result in numerous health conditions such as heart disease and diabetes. The problem is that people living with obesity are subject to bully and stigmatization.

There are various billboards in Georgia of overweight children which bear messages such as “Plumb kids stand no chance to live longer than their parents” or “I am like this, not because of my big bones but big meals”. All this is what is referred to as “fat shaming” and the notion that this could change the behavior of obese people is misplaced.

According to Rebecca Puhl, a psychologist at Yale University and an expert in weight discrimination, whether a child or an adult, if you are subjected to teasing and stigmatization, chances are that you will resort to overeating and shy away from the gym.

In her research together with her mates at Yale’s Rudd Center for Food Policy and Obesity, it was discovered that weight discrimination is persistent in schools, at work, media as well as among health practitioners. Although in Michigan it is an offence to discriminate against obese people, the policies on anti-bullying in schools fall short of the content that could safeguard overweight children against teasing.

Among the initiatives taken by the Rudd Center includes a compiled gallery of images showing people with obesity in a more “positive and non-stereotypical manner” – moving around doing their shopping. It is a positive step in the war against “fat shaming!” 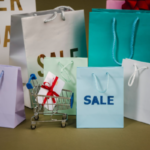 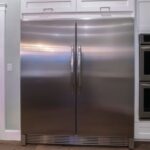